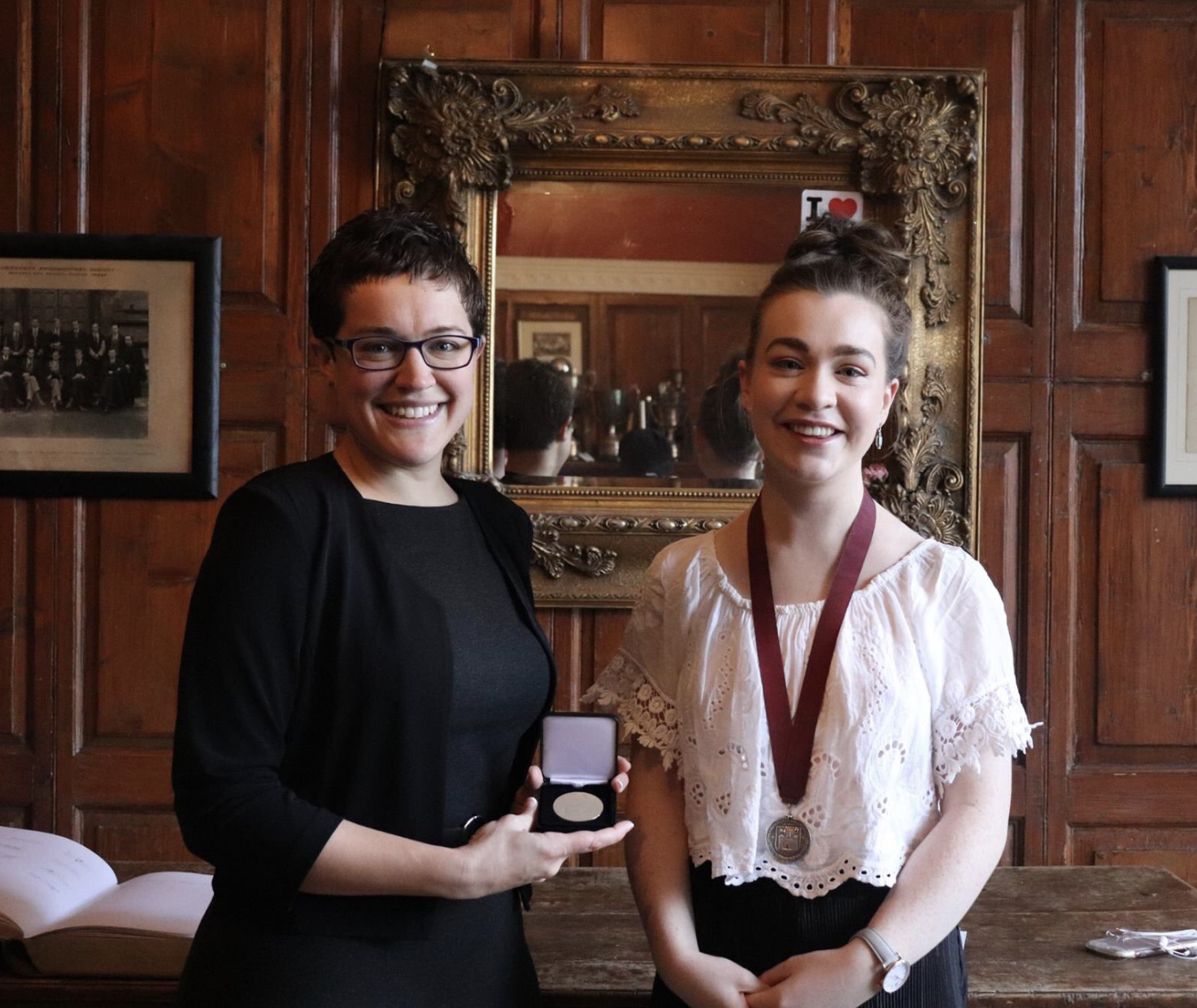 Today I was so incredibly honored to receive the Gold Medal of Honorary Patronage from Trinity University’s Philosophical Society. They’re the world’s oldest student society and the Honorary Patronage is an international award that they grant to people “based on their significant contribution in their respective fields”. Some of the past recipients that they listed in the award letter include Joe Biden, Angela Merkel, Nancy Pelosi, Jane Goodall, Ruth Bader Ginsburg, and Tim Cook, and this year’s other recipients include Peter Higgs, Sadiq Khan, and Kate Moss.

You can more read about the award here and see a video of the award ceremony and my speech at The Phil’s Facebook page.